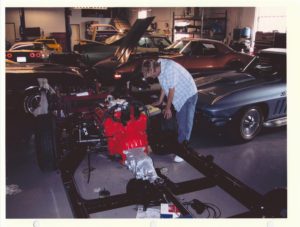 Fulfilling a life long dream to own a C2 Corvette, we purchased this “driver” in the fall of 2003 with the intent of driving it around the country on summer days.  However, having stopped into Werner Meier’s “Masterworks Automotive” to discuss some minor work to ensure it was a safe and reliable car to drive we realized that by comparison to other Corvettes in Werner’s shop, our “Driver” was not going to work for us.  As with any 50 year old car, it looked tired and worn down compared to other NCRS show cars in Masterwork’s stable, and the decision to “freshen it up a little” was made. 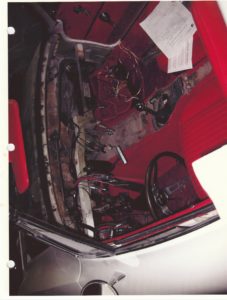 So began the saga of the “Money Pit” – Work was done when time and money permitted, but also not to conflict with the driving season.

Raising procrastination to a fine art, thirteen years later and two body-off sessions – one for a complete frame, drivetrain and suspension rebuild, a second effort for a body repair and repaint and the “Money Pit” restoration is complete.

> Back To Tenant Profiles 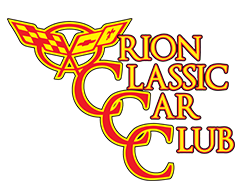